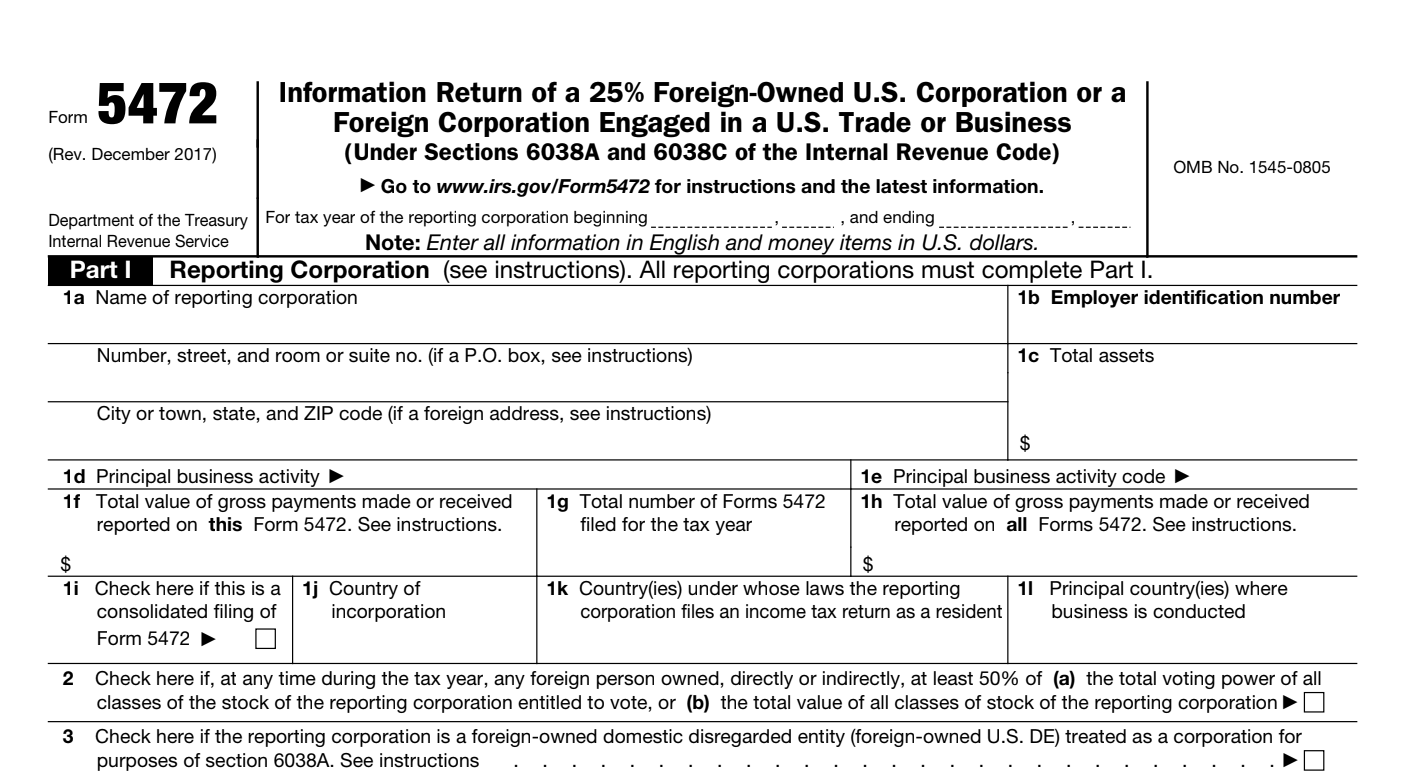 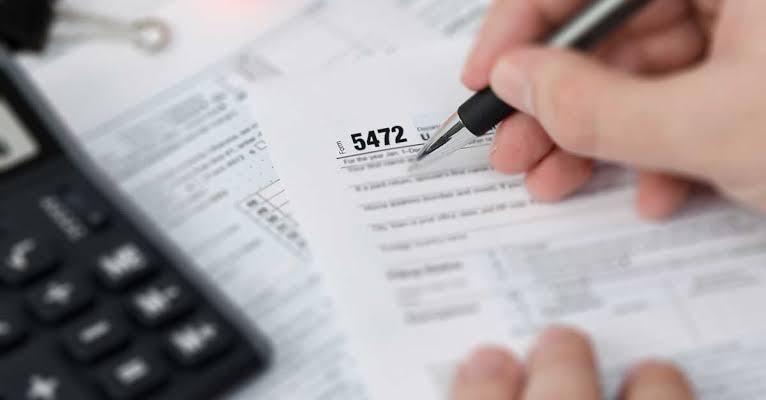 Basic understanding of 5472 Form and who must file?

A corporation is 25% foreign owned if it has at least one direct or indirect 25% foreign shareholder at any time during the tax year.

Generally, a foreign person (defined later) is a 25% foreign shareholder if the person owns, directly or indirectly, at least 25% of either:

A foreign person is a direct 25% foreign shareholder if it owns directly at least 25% of the stock of the reporting corporation by vote or value.

How about Disregarded entities? (DE)

Most of Delaware, Wyoming, and Florida business owners are classified as a Disregarded Entity. Basically, A DE is an entity that is disregarded as an entity separate from its owner for U.S. income tax purposes under Regulations sections 301.7701-2 and 301.7701-3. See the instructions for Form 8832.

When and Where To File

You can attach Form 5472 to the reporting corporation’s income tax return by the due date (including extensions) of the return. A separate Form 5472 must be filed for each foreign or domestic related party with which the reporting corporation had a reportable transaction during the tax year. If you need help with your tax return, you can do with us. Delaware Agency will help you hassle-free tax return regarding needs of Non-US Residents, Disregarded Entities and Foreign-owned Corporations.

Non-profit organizations encompass a broad spectrum, including, among others; Fraternal beneficiary societies, orders or associations, cemetery corporations, and corporations organized or trusts...

State Corporate Income Tax is one of the central taxes collected from the business by the State of Delaware. In principle, every domestic or foreign corporation doing business in Delaware, saving...

This website uses cookies to improve your experience while you navigate through the website. Out of these, the cookies that are categorized as necessary are stored on your browser as they are essential for the working of basic functionalities of the website. We also use third-party cookies that help us analyze and understand how you use this website. These cookies will be stored in your browser only with your consent. You also have the option to opt-out of these cookies. But opting out of some of these cookies may affect your browsing experience.
Necessary Always Enabled
Necessary cookies are absolutely essential for the website to function properly. This category only includes cookies that ensures basic functionalities and security features of the website. These cookies do not store any personal information.
Non-necessary
Any cookies that may not be particularly necessary for the website to function and is used specifically to collect user personal data via analytics, ads, other embedded contents are termed as non-necessary cookies. It is mandatory to procure user consent prior to running these cookies on your website.
SAVE & ACCEPT